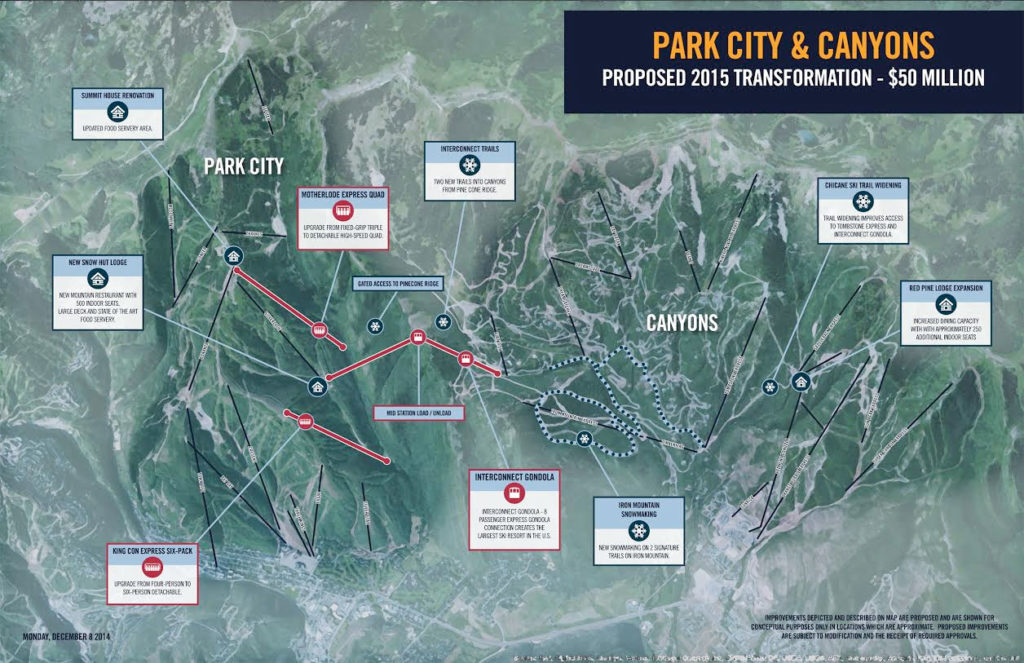 An eight-passenger, high-speed gondola running from the base of Silverlode Lift at Park City to Canyons’ Flatiron Lift. When conditions allow, gondola passengers will be able to unload at the top of Pine Cone Ridge and ski or ride directly down to Park City’s Thaynes Canyon trail. This gondola connection will create the single largest ski resort in the United States.

A completely new Snow Hut restaurant, replacing the current Snow Hut, next to the base of Park City’s Silverlode Lift and the Park City terminal for the Interconnect Gondola, will include 500 indoor seats and a top-of-the-line kitchen and culinary experience. Meanwhile, upgrades to Summit House will improve the flow of diners and increase seating. At Canyons, Red Pine Restaurant will be renovated to the tune of 250 more indoor seats.

Snowmaking and Other Improvements

The plan rounds out with additional snowmaking on two trails in Canyons’ Iron Mountain area, and a widening of Chicane trail, to handle increased skier traffic for Interconnect Gondola access. We’ll also be putting another $5 million into various other maintenance projects around Park City Mountain Resort.
For the 2015-2016 ski season, the company intends to operate the two resorts as one unified branded experience under the name “Park City Mountain Resort”. The Canyons base area will be renamed “Canyons at Park City”. The company will continue to maintain the unique history and atmosphere of the two base areas with differentiated marketing for the diverse hotel and hospitality experiences. 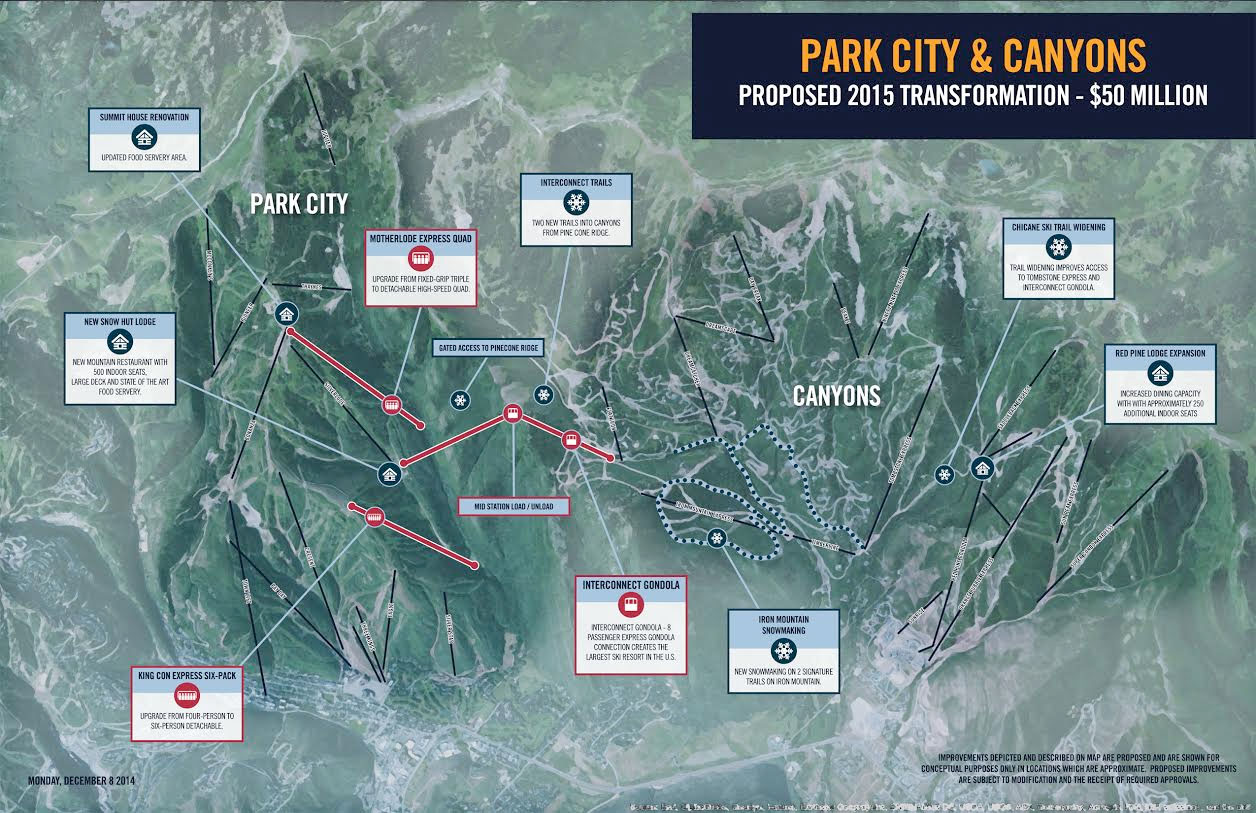