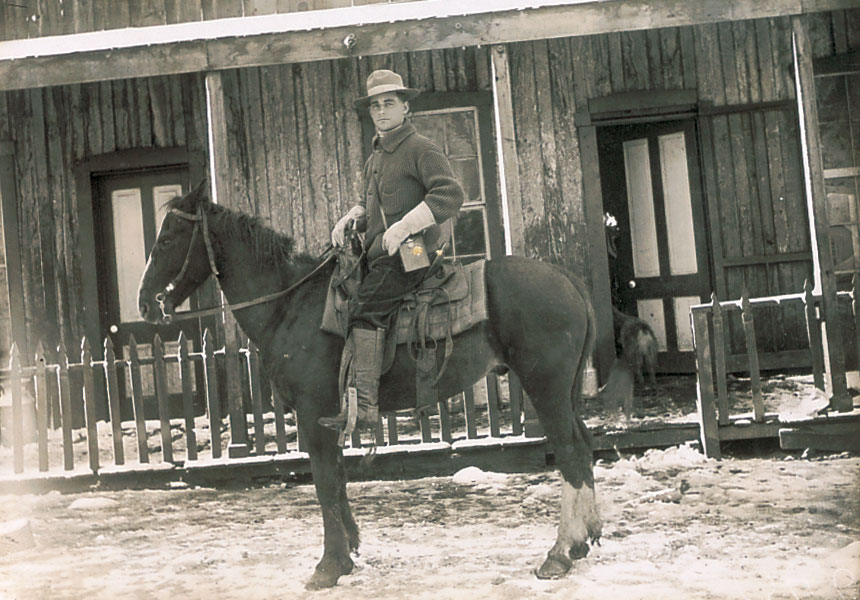 John George Condas arrived at Ellis Island in 1903 and soon after made his way out west. Settling in Park City, Utah, as a hard working man with an enterprising pioneer spirit, he began purchasing and homesteading property. By 1923 his family had grown, along with his established sheep-herding ranch. For the Condas family, the original landowners of The Colony, their land represented a dream realized, a place to call home, and a legacy to pass on to their children. Iron Mountain Associates, the Developer of The Colony, commenced work on the Projects’ Master Plan in 1992.

The Condas Family legacy lives on today through the master planning of The Colony, where the landscape remains the inspiration, along with the philosophy of less is more. Historical landmarks of the Condas family settlement can be found throughout the development. Upon entry through the gate house, the first original home site foundation has been preserved. Small sheepherders’ shelters are scattered throughout the development and have been left intact where they have stood for many years. Groves of aspen trees are signed with carvings from the early 1900’s, documenting travels of previous visitors. Park City’s silver mining era also found value in this land and reminders of past mining efforts can be seen when hiking around The Colony.